Shiga Prefecture is located at the midmost point of Japan’s main island and contains its largest freshwater lake, Lake Biwa or Biwako, at the center of the prefecture. The surface area of Biwako takes up nearly one sixth of Shiga’s total area. The natural environment, culture, history, livelihood and industry of the Prefecture are all inherently influenced by this lake, giving the area a local charm which has helped produce many local sightseeing destinations.
General Info Area:4,017.36km²
Population:1,412,956 (as of October 1, 2017)
Foreign Population:26,533 (as of late December of 2017)
Prefectural Flower, Tree & Bird:Rhododendron (flower) / Japanese Maple (tree) / Little Grebe (Bird)
Annual Avg. Temperature:15.1°C / High in 35.7°C and Low in -2.7°C (Otsu, 2017)
Annual Avg. Precipitation:1581 mm(Otsu, 2017)
Annual Sunshine in Hours:1903.7 hrs.(Otsu, 2017)

Nature and Leisure
The beautiful scenery of Lake Biwa interwoven with Shiga’s surrounding mountains is the defining feature for which the area is best known. Beautiful scenes of Shiga have long been depicted in art as The Eight Views of Omi, first appearing around 500 years ago, also known later as The Eight Views of Lake Biwa. Lake Biwa is also known as a popular place to enjoy beautiful sunset and frequent rainbow sightings. Recently the Biwaichi cycling course, which circles all the way around Lake Biwa, is also attracting visitors. 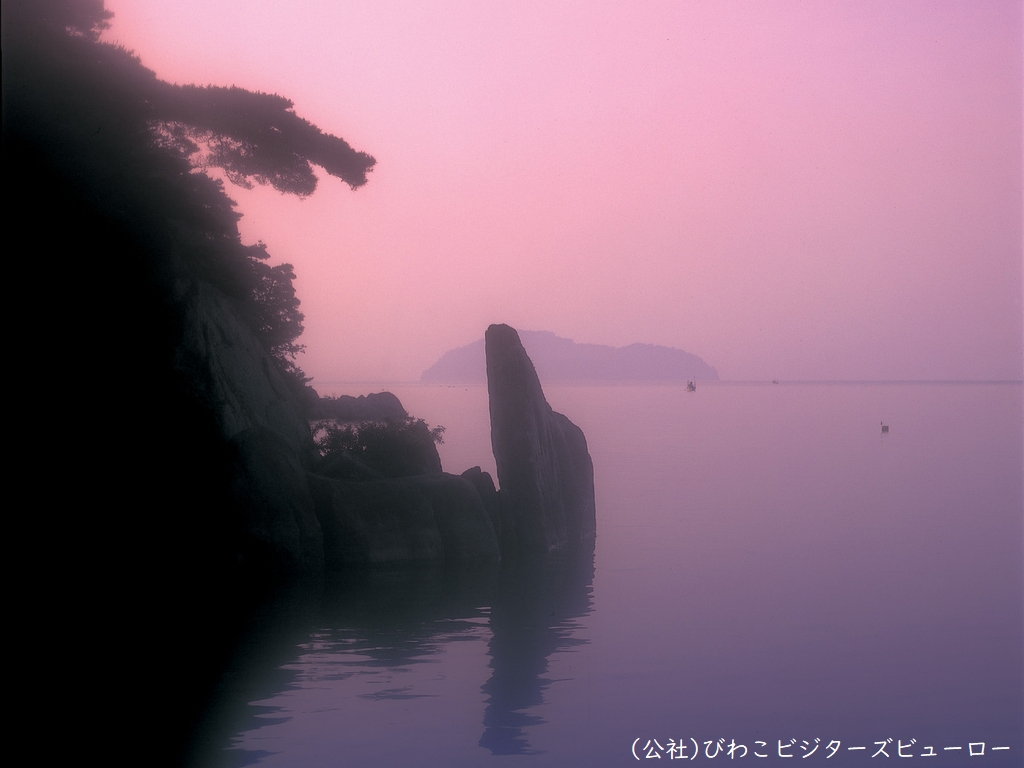 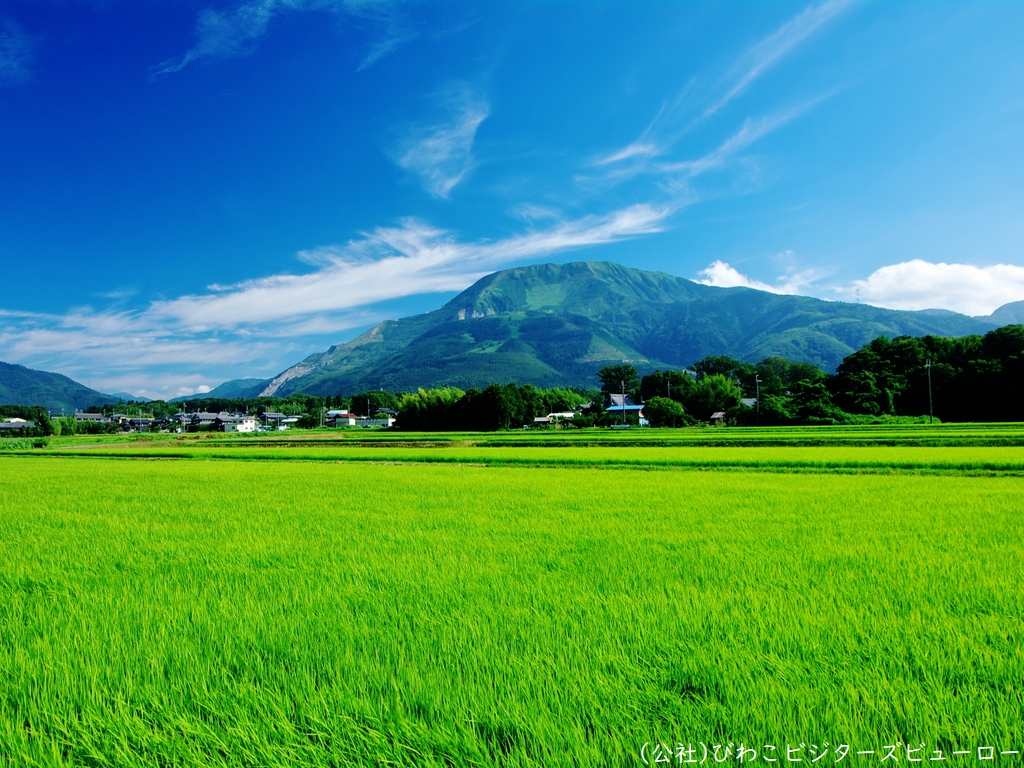 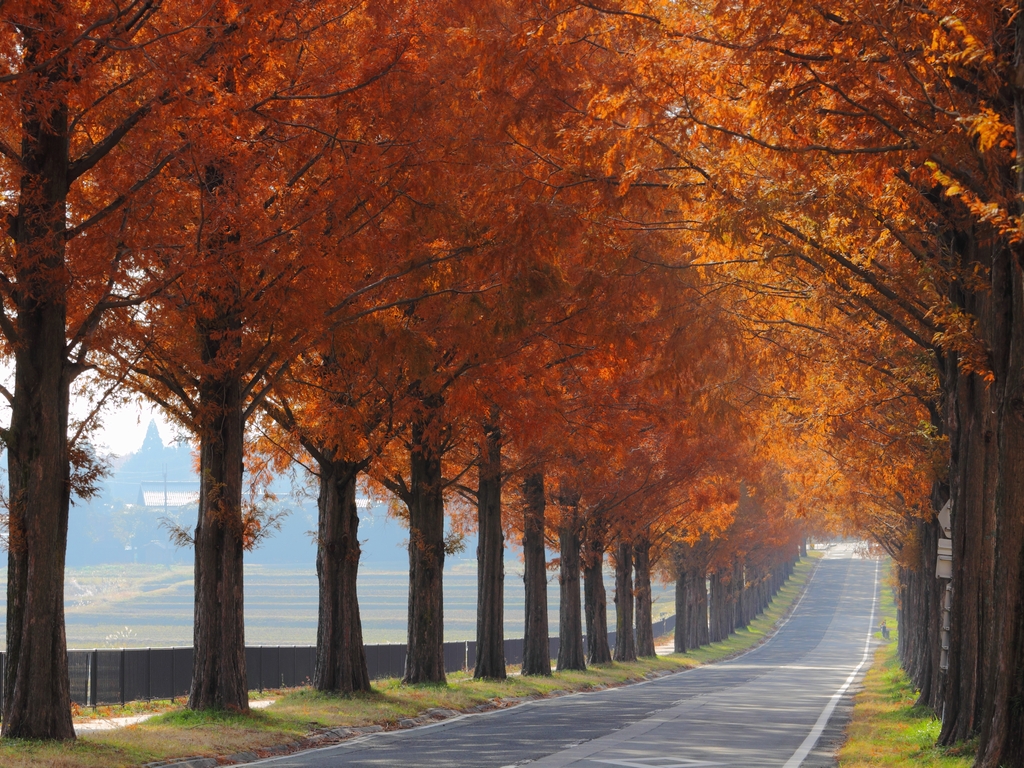 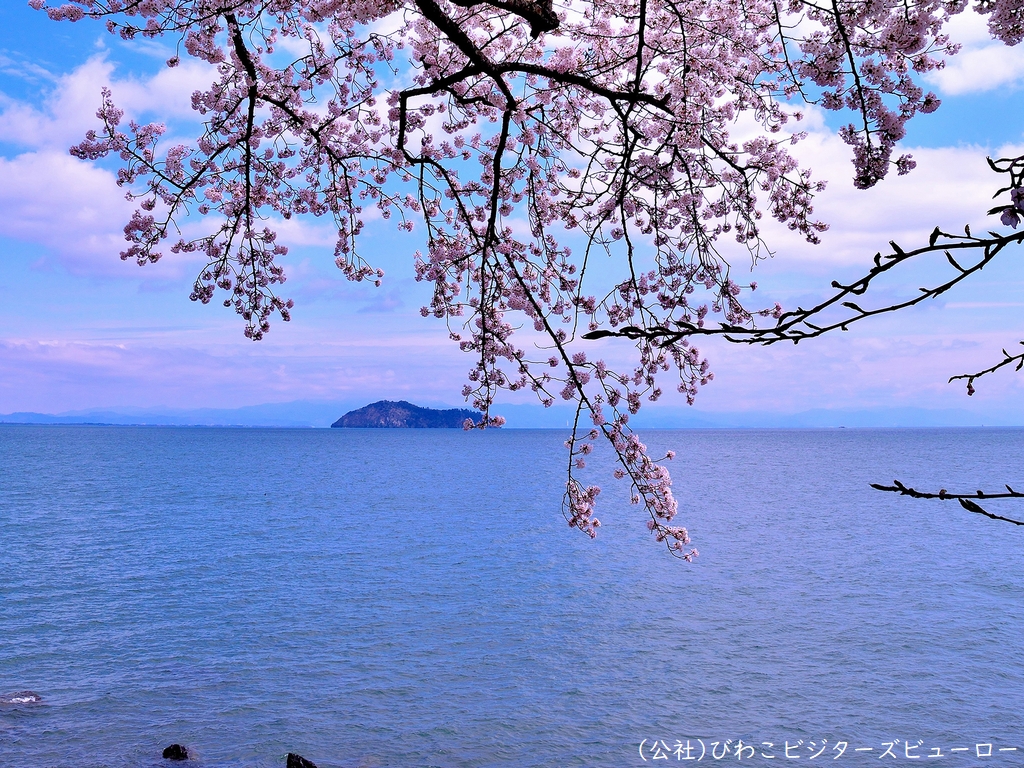 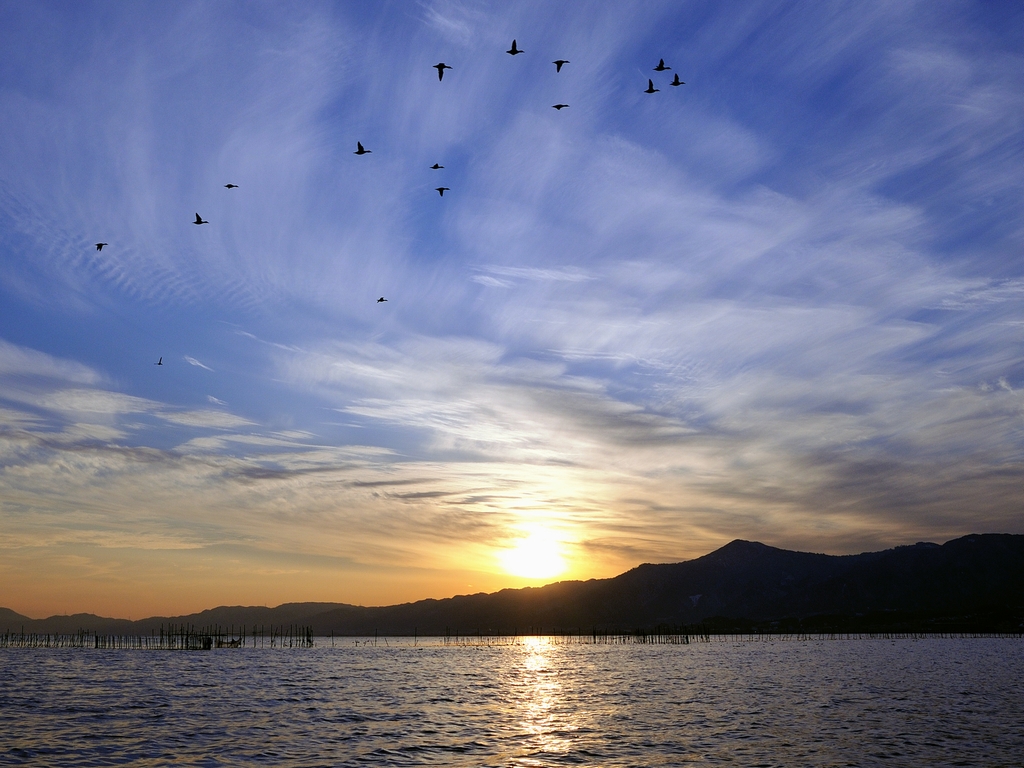 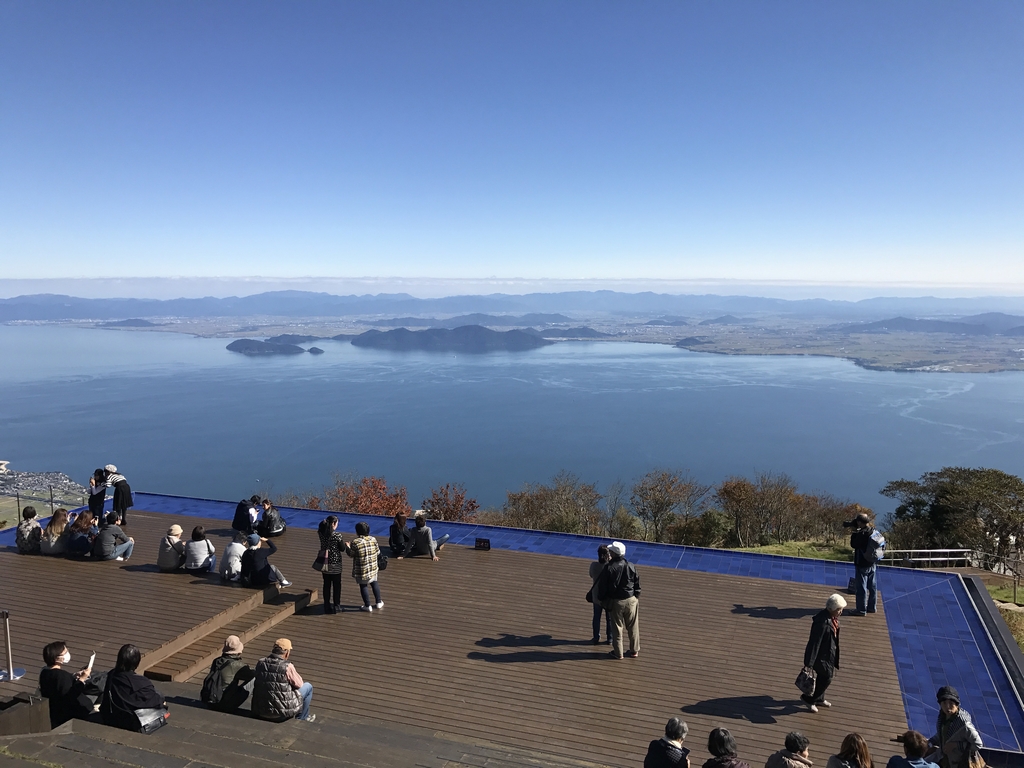 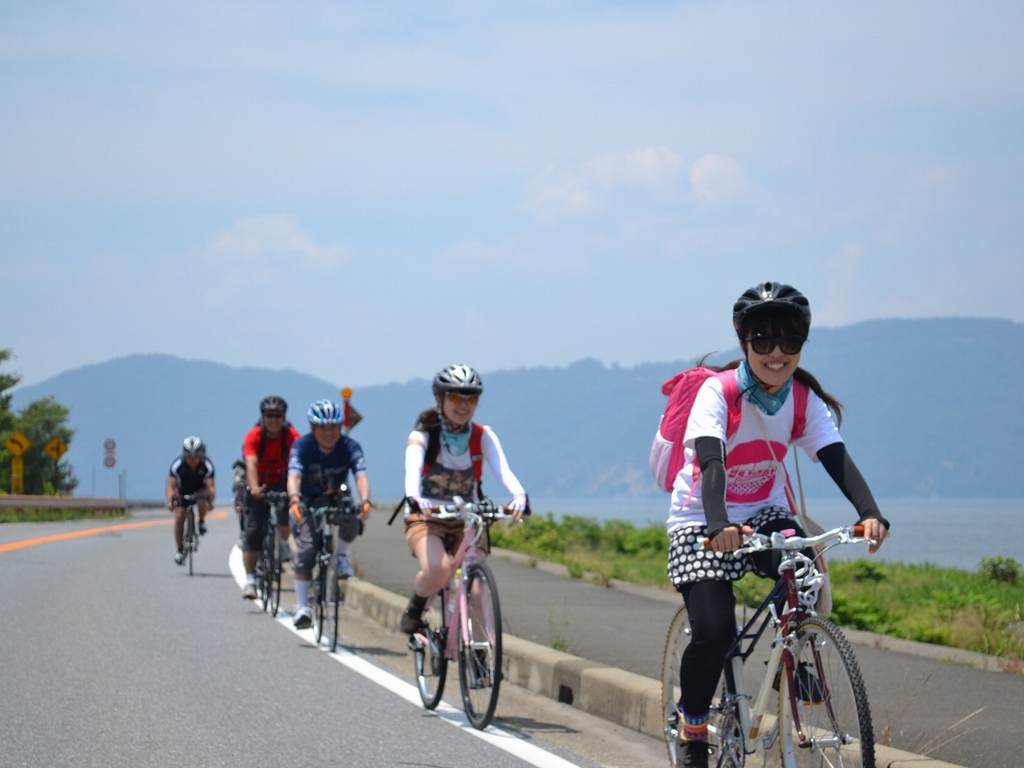 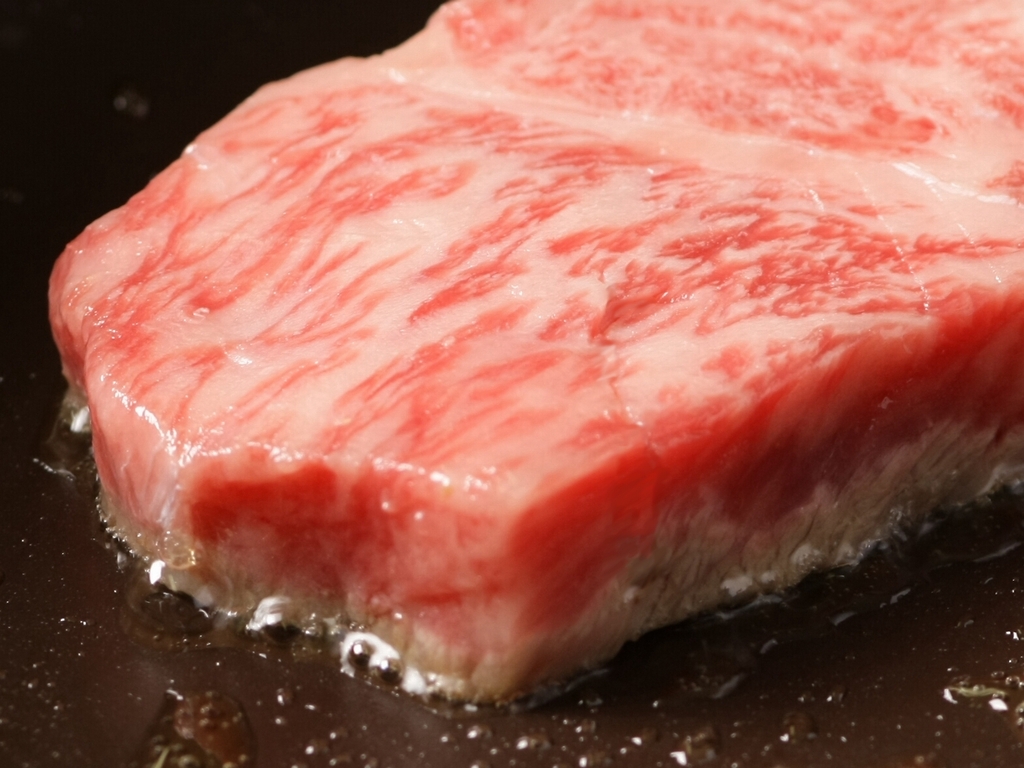 With 400 years of history, Omi Beef is often cited as one of the top three brands of wagyu.
Its outstanding reputation is known not just in Japan, but also abroad in foreign countries.
Reference Sites：http://www.oumiushi.com/ 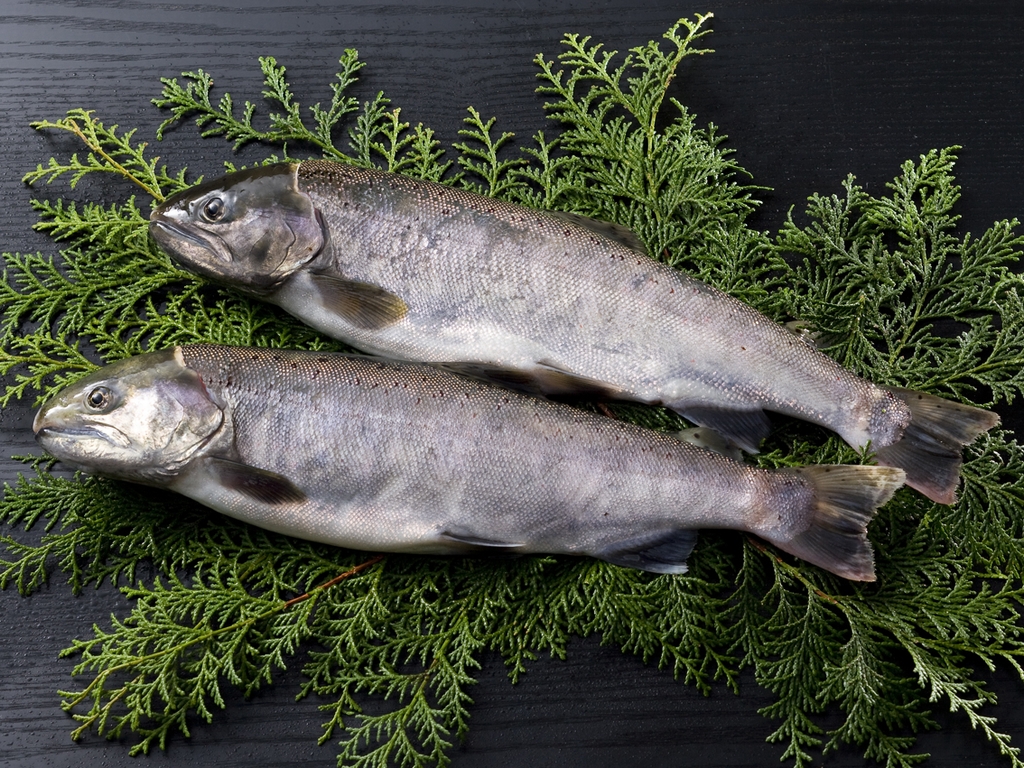 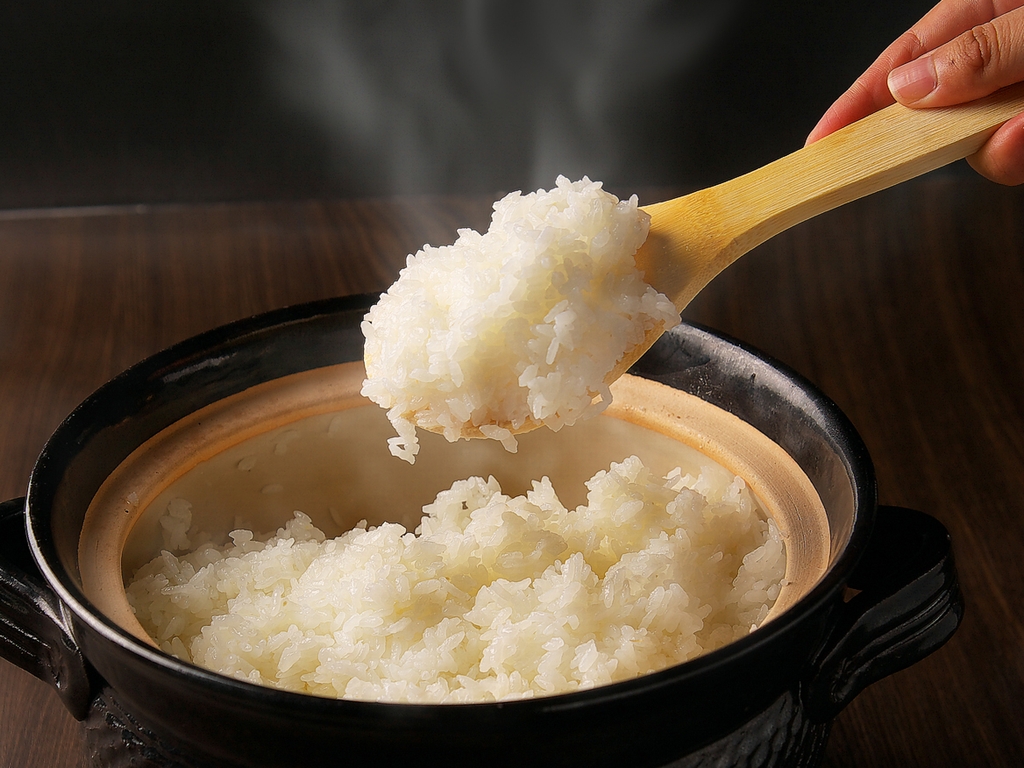 Rice: the staple of the Japanese diet.
Rice grown in Shiga Prefecture is called Omi-mai Rice. Within this category, a specific cultivar, Mizukagami, received the highest ranking “A-Grade” at the rice eating quality test held by the Japan Grain Inspection Association for three consecutive years from 2015 to 2017.
Reference Sites：http://www.ohmimai.jp/ 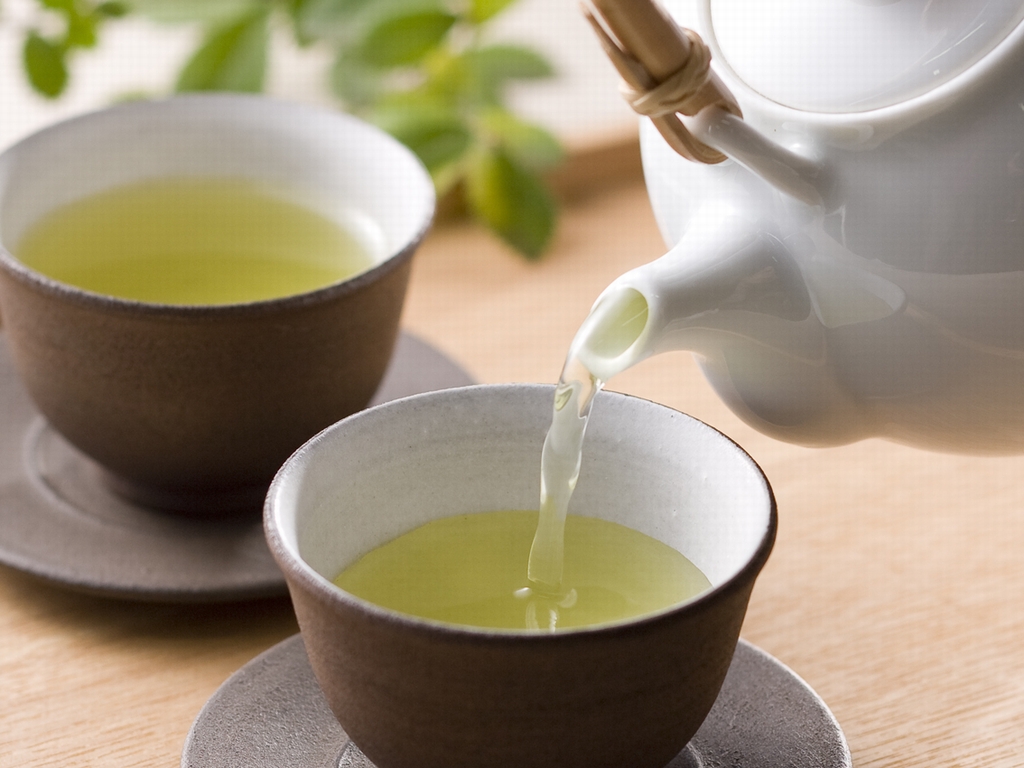 Shiga is said to be the origin of Japanese tea, which dates back over 1200 years to 805 AD when tea seeds were first brought back from China’s Tang Dynasty by Saicho, the famous monk who founded the Tendai sect of Buddhism and also built its headquarters, Hieizan Enryakuji Temple (a World Heritage).
Saicho planted these seeds around the area of Shiga now called Sakamoto, Otsu City.
The major brands of Omi Tea are Tsuchiyama Tea (Tsuchiyamacho, Koka City), Asamiya Tea (Asamiya Shigarakicho, Koka City) and Mandokoro Tea (Mandokoro, Higashiomi City).
Reference Sites：https://shigaquo.jp/foods/tea/e01.html Close
Culture, History & Art
Hieizan Enryakuji Temple, Shiga’s one and only World Heritage site, is located near the border between Shiga and Kyoto.
In the distant past Shiga, or Omi Province, thrived as a transportation hub. There was once a famous saying, “those who command Omi would reign over all Japan,” which demonstrates Shiga’s important place in Japanese history.
A number of historical and cultural heritage properties are still preserved, for example, there are fifty-five national treasures (the 5th highest number of treasures) such as Hikone Castle.
In recent years, there have also been newly established museums, one world-renowned for its location, architecture, and collections, as well as one of the most comprehensive freshwater fish museums.
Reference Sites：https://www.shigabunka.net/ 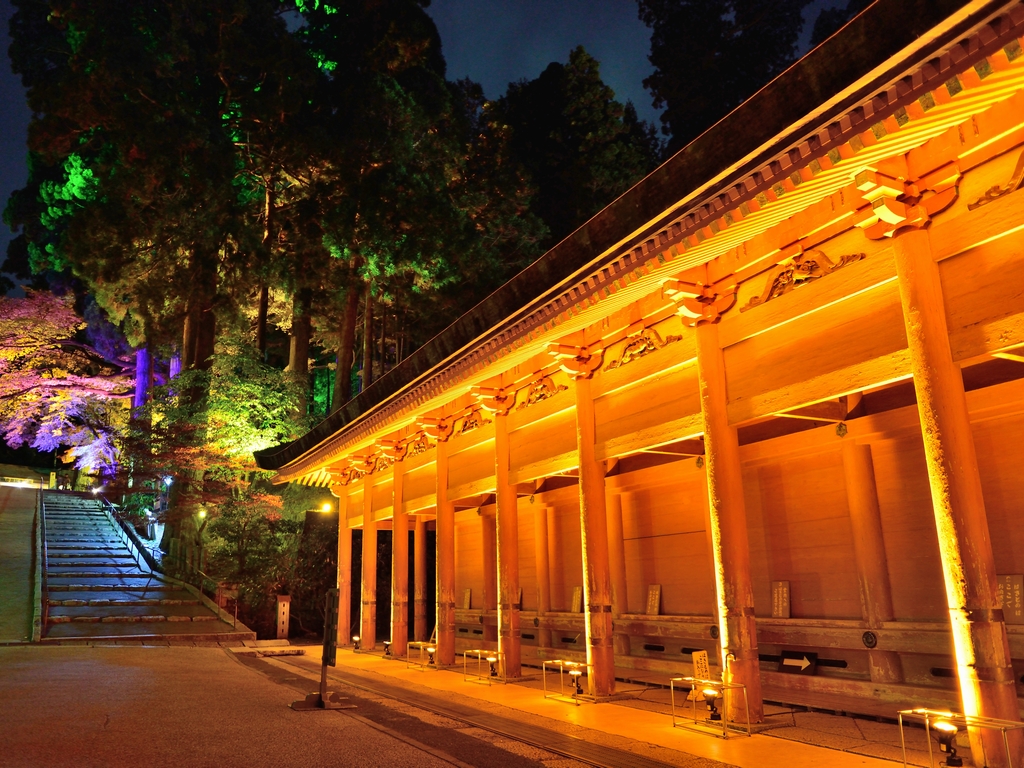 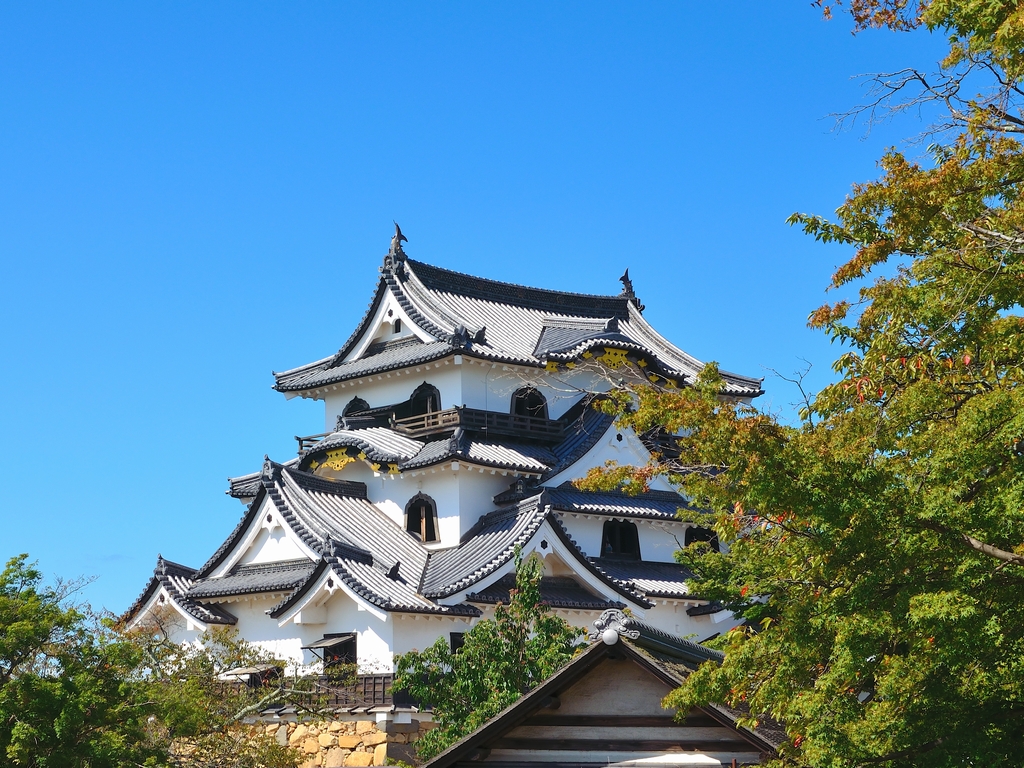 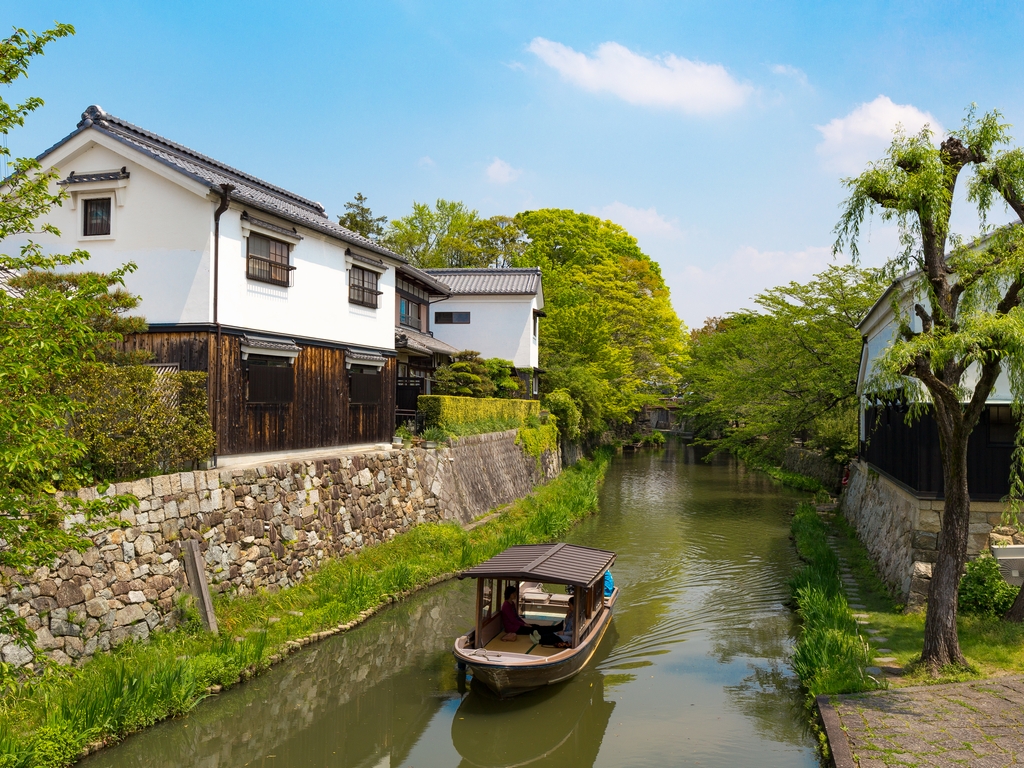 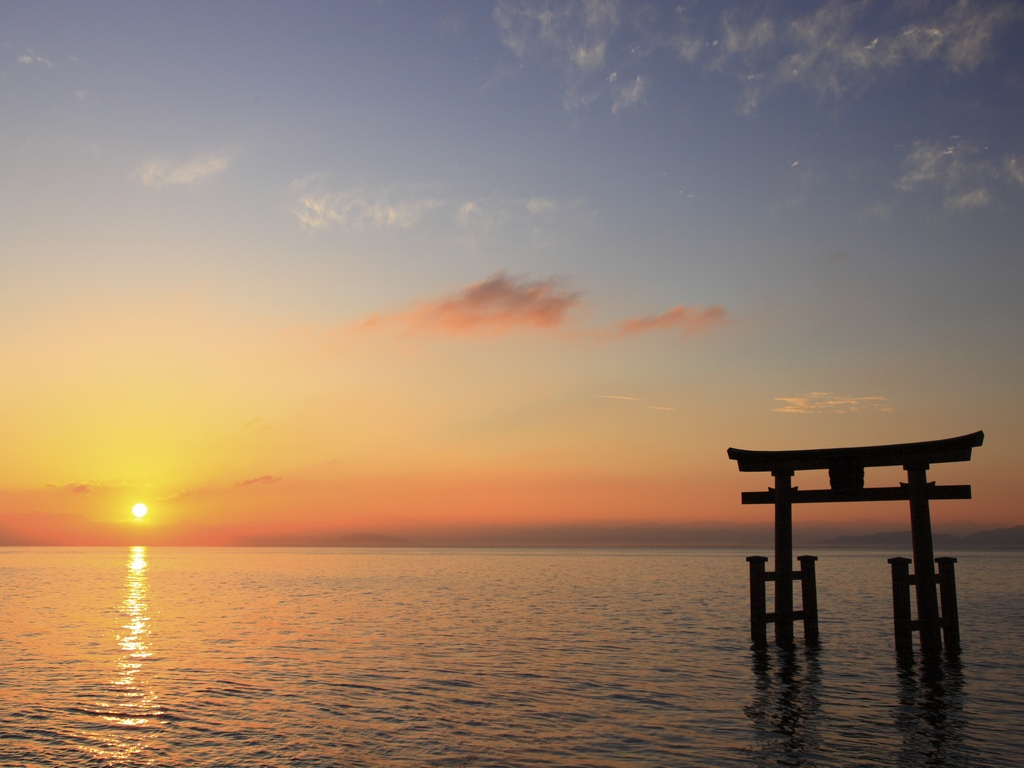 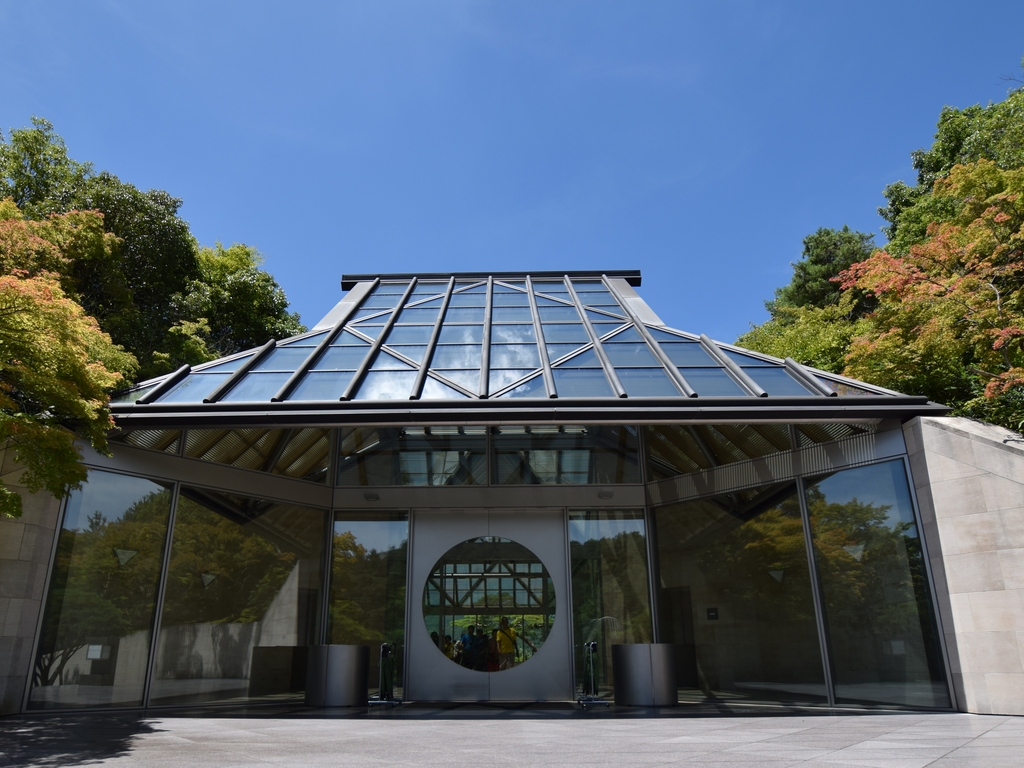 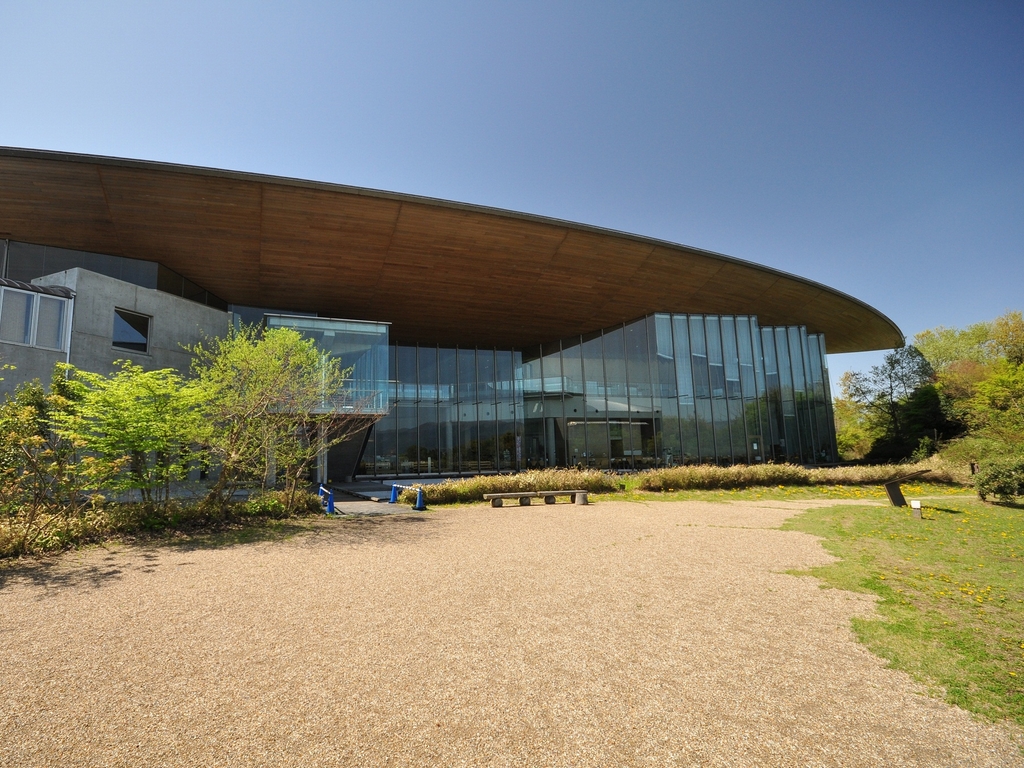